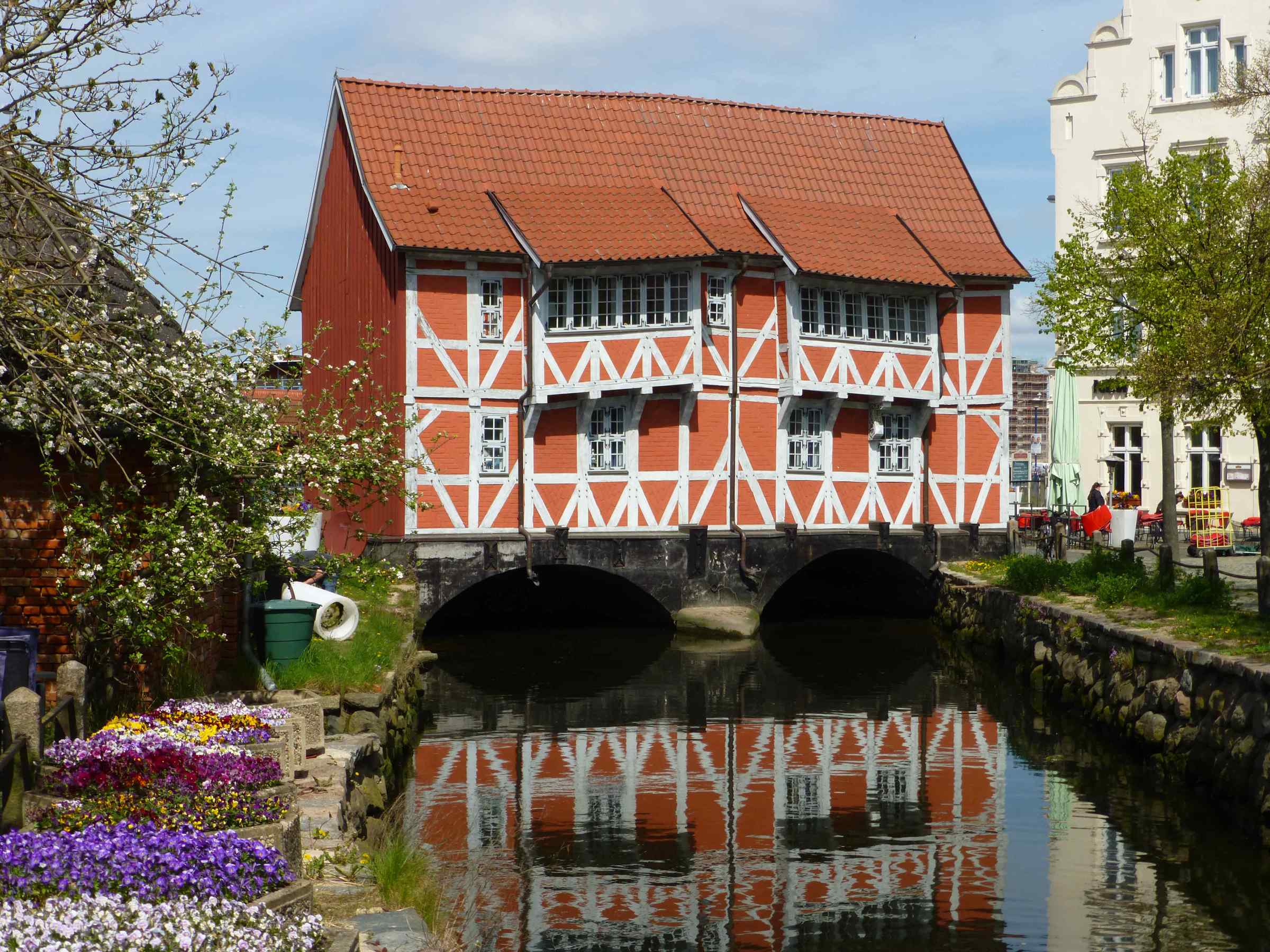 A good days sailing even though the sun has gone and hidden itself somewhere again!We even had a drop of rain, however the wind was kind and we were able to sail from Travemunde to Wismar, slowly but sailing all same.  We found a spot on the town wall rather than in the marina and were right in the thick of the tourist walking route.

I was again pleasantly surprised with this German town (not having any particular expectations for Germany it is proving to surprise me).  The town is very tidy, neat and well maintained.  Although, as we discovered in Travemunde, Lubeck and I am sure here also a few blocks back (as in any town worldwide I suspect) there is evidence of old abandoned buildings and overgrown industrial areas.

Wismar also has an industrial front with it being a major port especially for timber industry and there was a constant stream of ships carrying timber into the port and being unloaded.  Many of the older warehouse type buildings along the quays are in the process of being rebuilt into shops and appartments.

Wismar was heavily bombed and damaged during world war II however there are some gothic type architecture buildings in the town that survived.

The other interesting part of the city history is that is was actually under Swedish rule from 1648 until 1903.

A noteworthy mention also for our stay in Wismar is that we actually dined out for a meal in a restaurant – very special indeed.  To fully explain one must understand that for some time now (at least a year) Maree has been wanting to go out for a pub meal of a chicken parmigiana (or schnitzel) not an outrageous request I would have thought since they are available in every pub in Australia, well to my shock and horror it seems this is not a world wide pub fare and I have been promised by the captain that I will get one when we get to Germany, and guess what – he delivered.  He went out in the day to read the menu boards at all the pubs/restuarants and came back to announce we would be dining at a German Beer Hall (happy Captain) which serves Schnitzels (happy Crew), and further more it was even better as the crew of Cyclone of Langstone were also going to splash out and join us – a treat for one and all.  We had a fantastic night with great food and great beer (brewed on site), so happy in-fact that we were not even insulted when we asked the waiter to take a picture of us with our camera and he commented “wow, camera’s – people still have these?”  I assume he means in the current digital age of smart phones and such he was astounded that we had not one but two cameras on the table and both wanted a picture.  I am pleased to say he knew how to use them so we are obviously not that far out of date.