And here we are Padstow Red Roo’s registered home port – a milestone!!!  The boat has never been here (until now) being built and brought in France however when purchased it had to be re-registered and with Phil having dual passports (UK and Australian) it was easiest to register her in the UK whilst we are travelling in Europe as it is currently open borders (but with Brexit vote looming this may change!).  The reason Padstow was chosen as home port is because it is where his mother Vera grew up, it is very nice to be here and it is a very beautiful harbour and quaint village.

Padstow was also where Red Roo was ran into – yes that is right we were ran into by another boat coming to berth beside us.  Devastating but luckily no hole just a fairly small dent, but highly visible on the red hull as it took all layers of paint off!  The guy was  really sorry (and embarrassed) and although it could have easily been avoided if he had of waited to the berthing master to take his lines as he was instructed to do, he was genuine and we sorted it out that day with him giving us cash for the filler and paint required to fix it.  Sigh!!!!  What more can you say really?  I guess it could have easily been us accidentally hitting someone in one of the many tricky berthing situations we have had so far – an no doubt many more to come.

We didn’t have it as bad as one guy in the harbour however as we woke one morning to find a sunken power boat (small power boat), and what was worse is that we were told it was the second time it had happened to him.  You would have thought he would remember to put the bung in after the first time!!

We also took a dingy ride across the Camel river to the other bank at Trebetherick to visit St Enodoc Church – now restored and used, however it used to be buried in the sand dunes!  Wind-driven sand had formed banks that were almost level with the roof on two sides. From the 16th century to the middle of the 19th century, the church was virtually buried by the dunes and was known locally as “Sinking Neddy” or “Sinkininny Church”. To maintain the tithes required by the church, it had to host services at least once a year, so the vicar and parishioners used to descended into the sanctuary through a hole in the roof. By 1864 it was unearthed and the dunes were stabilised.

Padstow also has the nickname “Padstein” as this is where Rick Stein found his fame and fortune and created his business empire.  All very well and good but the nickname more relates to his now monopolisation of the town with his 13 businesses; 1 cooking school, 3 shops, 4 hotels/accomodation & 5 restaurants!!  Although I had heard of Rick Stein and seen him on television cooking shows occasionally I really didn’t realise how big he was (and his now world wide) empire was.  We didn’t eat at any of his restaurants, bakeries or fish and chip shops (too expensive – yes even the fish and chips were triple that of what we paid at the local chippy) but being someone who loves to cook and learn new things I did lash out and attend a tasting evening at the cookery school.  This was a demonstration evening where the chef cooked for us three far eastern dishes of which we each got a serve as well as unlimited wine.

Phil’s cousins Wendy and Mike still live locally and we very much enjoyed spending time with them as well as Mark, Carolyn & Victoria.  All so very generous with their time and some great days out to visit Trerice National Trust Estate, Polzeath, Port Isaac, Newquay, exploring the coast and towns of Cornwall by car.

Padstow is located 2 nautical miles up the River Camel and back out towards the ocean a little way from town at Trevose Head is the Padstow RNLI station which we visited (twice), each Wednesday they launch their lifeboat for training down the ramp with a large splash into the water – fantastic to watch.  We were also lucky enough to be given a tour onboard their Tamar lifeboat (click here for more information).

The work this fantastic organization and volunteers do saves so many lives, truly inspirational.  It was even more amazing on our second visit when Mike came along and showed us the picture of his great grandfather David Grubb whom is on display at the station as he was Coxwain of the Padstow lifeboat in 1901 and unfortunately both he and his son James perished during a rescue that year leaving behind his wife and 16 surviving children.

Wendy also pulled out some old family photographs of Phils Grandfather Thomas Henry Williams who was a well respected Padstow local.  He was involved in Gig Rowing and a member of the Padstow Blue Oss (see May Day post).  We later visited the Padstow museum and were delighted to see Thomas Henry Williams name second down on one of the old blue Oss staff’s used for May Day meaning he was MC for at least one year of the celebrations. 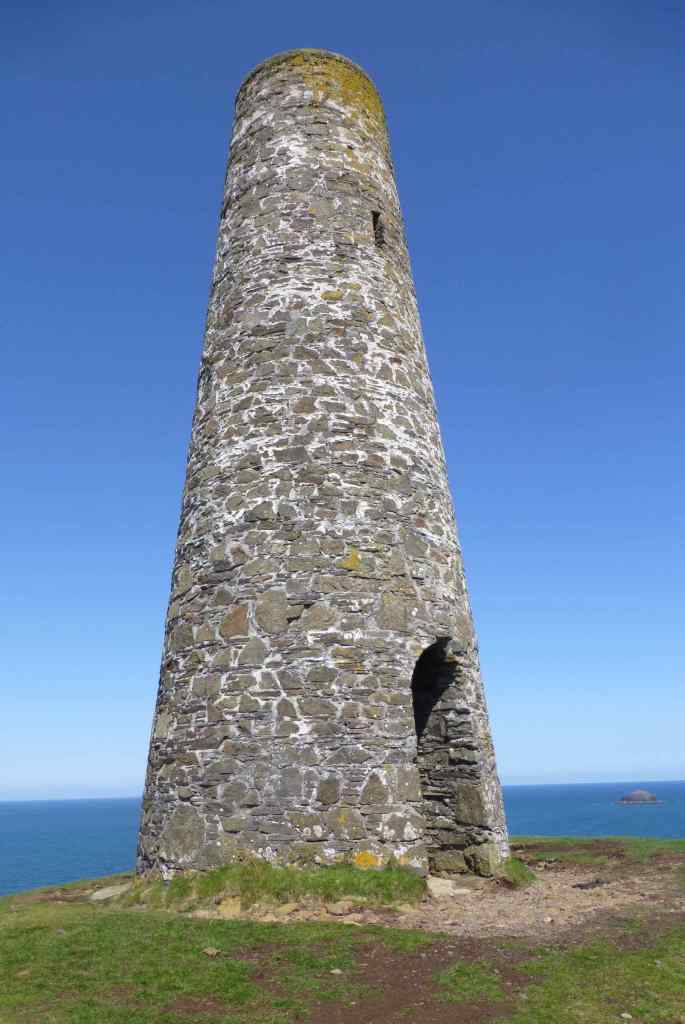 Lanhydrock House – Another day out on the bikes up the Camel Estury to visit Lanhydrock House another national trust property.  We took the long way to get there (thanks google maps!) but once we eventually found it were really lost for words.

Without doubt the biggest, most well preserved property we were to visit in the UK.  A magnificent mansion originally built in 1620 and constructed from granite, it was the home of Thomas Charles, his wife and 10 children.  Rebuilt after a fire in 1881, 50 rooms are open for the public with 85% of all household goods and furnishings still in the house and on display from when the family handed the property over to the national trust in 1953 (from candlesticks, to cutlery and crockery, pans, suitcases, clothes in the wardrobes, children’s toys in the nursery, tiger skin rugs (with heads) on the floor in the billiards room, paintings, curtains and pretty much everything as they left it).  The granite fireplaces are huge, even the window frames are heavy granite rock, mosaic tiles on the floor, riches that are hard to fathom.  It is hard to describe the sheer size of the property and house, the kitchen for example was 8 separate rooms and that is not including the dining rooms (yes more than one depending on the occasion).  The size of the kitchen rooms were all bigger than many modern lounge rooms, they consisted of; Kitchen, Kitchen Scullery, Bake-house, Pastry Room, Pantry, Meat Larder, Dairy Scullery and Dairy!